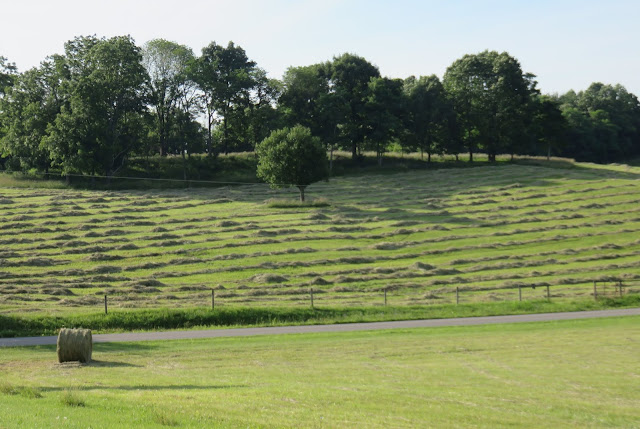 But, Mousie, thou art no thy-lane,
In proving foresight may be vain;
The best-laid schemes o' mice an' men
Gang aft agley,
An' lea'e us nought but grief an' pain,
For promis'd joy!

Still thou art blest, compar'd wi' me
The present only toucheth thee:
But, Och! I backward cast my e'e.
On prospects drear!
An' forward, tho' I canna see,
I guess an' fear!

These are the last two stanzas of " To a Mouse" by Robert Burns. I quote the third line often. Here's the modern English version:

But Mouse, you are not alone,
In proving foresight may be vain:
The best laid schemes of mice and men
Go often askew,
And leave us nothing but grief and pain,
For promised joy!

Still you are blessed, compared with me!
The present only touches you:
But oh! I backward cast my eye,
On prospects dreary!
And forward, though I cannot see,
I guess and fear!

This week was to be my first week of vacation which would be free of commitments. I had a list in my mind of all the things I wanted to catch up on or enjoy. I had made my "best laid plans" and it was to be all about me. And then things began to "go often askew". Not one, not two, but all three of our cars had mechanical issues. On a Goldilocks scale of problems, one car's was minor, one was medium, and one was major. Behind that scene, some health issues were creeping up that could no longer be ignored. The final straw (and it only takes a tiny speck of straw to set one over one's limit) occurred when I had resigned myself to stay home because I had no car. I decided I might as well catch up on the ironing. I got everything all set up, ready to dig right into that mountain of ironing and... my iron conked out. As in permanently. A small thing indeed, but it did cause me to raise my face Heavenward and ask, "Really?"
At this point I began to be just a little bit afraid to leave the house. We've been studying Job at church and images of Job's suffering were filling my mind. I knew my annoyances compared nothing to Job's suffering, but still, things were heaping up and "forward, though I cannot see. I guess and fear!".
By Sunday morning I had reached a point of pure agitation. I was in constant pain from aforementioned health issue and I was angry at myself for feeling angry. At one point I firmly sat myself down on a chair and told Steve I was not going to church. Period. (I'm not actually eight years old but I'm good at acting that.) Of course we did go to church but I made up my mind I would not be fake smiling. As the singing began and as our guest speaker began to speak, I felt my heart slowly softening. By the end of church I was "real" smiling without being aware of it.. Our guest speakers that morning were the Bonilla family. Juan Carlos and his family are missionaries in Spain. I had spotted Juan Carlos at Fine Arts Camp the previous week. He was dancing and singing his way down the path between our buildings. His joy was so obvious. I thought a lot about that. We also had the wonderful privilege that Sunday morning of witnessing a family baptize their three children. Pastor Stephen lovingly held each child and reminded us all what it means to dedicate our lives to the Lord and to be called a child of God.
Anyway, I knew my problems weren't about cars and health. They were all about attitude. I had been losing my focus. It was no longer on God, nor on what it is to walk this life with him. I was trying to handle all life's annoyances in my own strength and I was miserably failing. A friend took me kayaking on Monday and there were no calamitous accidents. I did end up tipped into the river and I did clunk my friend in the head with my kayak. But these were more hilarious than anything. The next evening, other friends invited us to swim in their pool and we had a great conversation about our faith and what it means to live with this faith in our world. And yesterday, I hooked, as I do every week, with my dear and wise friend of eighty-something years and again our conversation centered around our shared faith.
I am so glad God turned my face again toward him. I cannot be any kind of help to my family or others when I am consumed by my own problems. Evidently, my best laid schemes were not God's schemes for me this week and because of that, I have been blessed.
Posted by Leonora