Snow Days and On The Frame

We have had multiple snow days off from school since Christmas break ended. This week we were off Monday, Tuesday, and Friday. I really do love snow days. Tess and Ian were visiting here on Monday and Tuesday so that made those days off from school even better. When the announcement was made Monday night that we would be closed on Tuesday I jumped up and down and shouted with joy. Ian said he thought I had won the lottery by the sound of it. It felt that way to me!
We used our days off to do many things, one of which was to go sledding. There was a thick sheet of ice over the snow and it made for some very fast runs. The sled that Steve built out of old skis and wood really flew over the ice. We discovered that we had to bail out at the bottom of the hill or we would either run into the ditch at the side of the road (which I did) or run into the telephone pole. After my last bail ended with a scraped and bruised arm, I called it quits. It was well worth it though as you can see by he expression on my face. 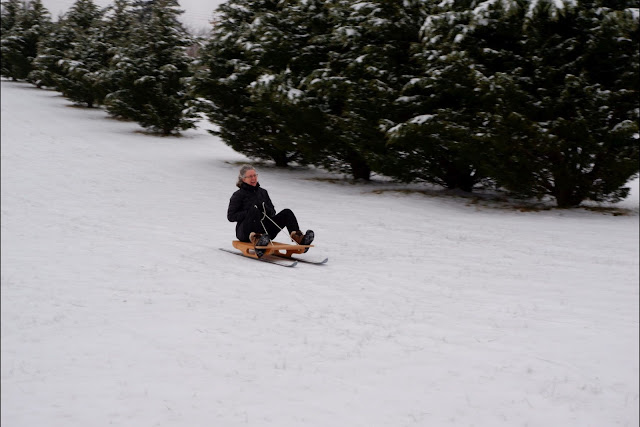 In between snow and ice storms, I started a new rug. The pattern is, "Art Deco" by Joanne Gerwig. I like the look of the dark blue wool for the background. I was able to use a couple of thrifted and over-dyed garments in the medallions because those portions didn't require too much yardage. Everyone asks where I will use this rug. Sometimes I have a placement in mind but, often times I need to finish the rug and let it tell me where it should go based on its color and pattern. We'll see! 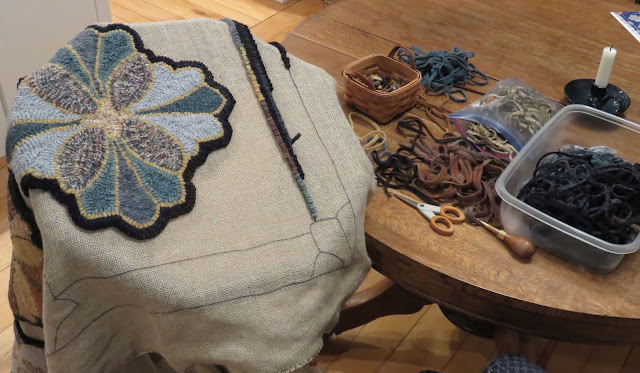 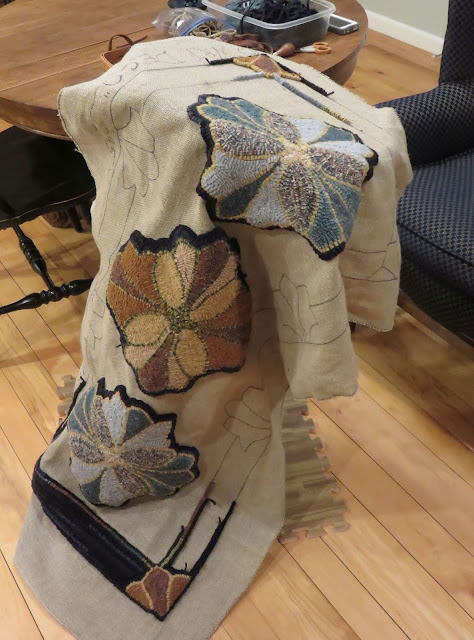 Today's small amount of snow was enough to cancel school again. The sunrise was pretty in pink so I dressed and took a walk around the property. I love the wide landscapes of snow and the sunrise over the mountains. I am equally entertained by the animal prints and cozy places the snow reveals. The rabbit prints are the most fun to follow. You can see where they lead to patches of forage. 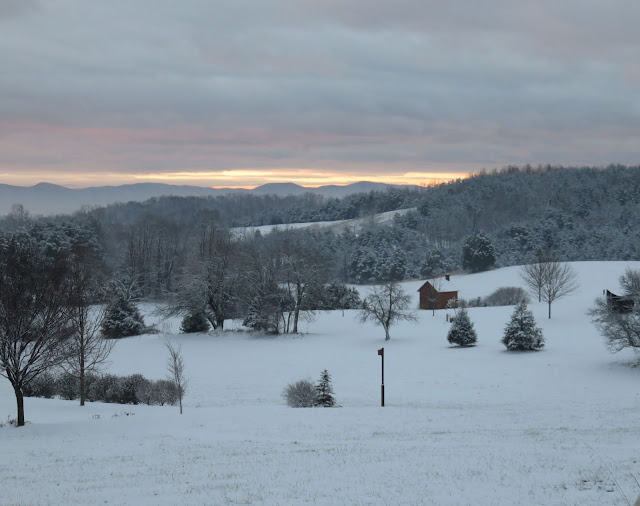 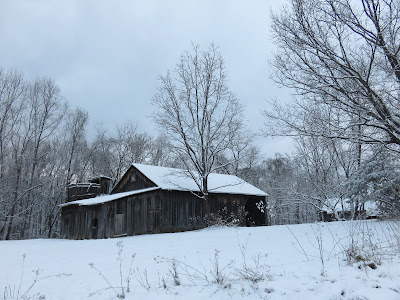