The Reactivation of the 551st Parachute Infantry Association 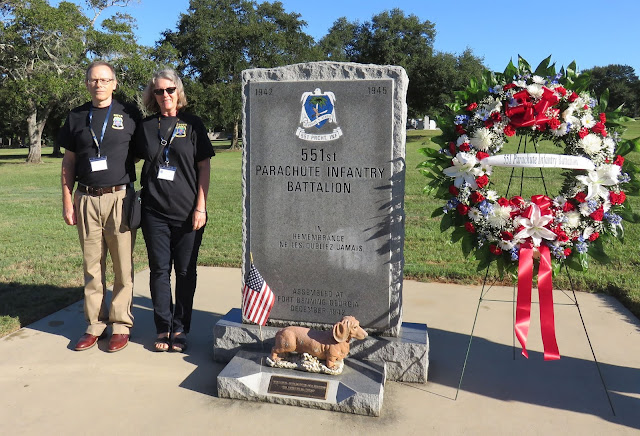 Most people already know that my dad was in the 551st Parachute Infantry Battalion, A Company in WWII. The battalion was decimated during the Battle of the Bulge and the few survivors were dispersed among the 82nd Airborne for the remainder of the war. (The 504th PIB, E Company for my dad.) The 551 paratroopers held their bond very close after the war and the 551st Parachute Infantry Association was formed in 1979 as a way for the veterans to keep their memories and their bond alive. Only five veterans from the 551st are still alive, that we know of, and the association became dormant over the last decade or so. With the passing of Col. Doug Dillard last year, his daughters resolved to honor their dad by reactivating the association and reconnecting the families and interested friends of the battalion.
This weekend marked the first meeting of the reactivated 551st Association and we were invited to Fort Benning to reacquaint or become newly acquainted with the other members and to see where many of our fathers and grandfathers trained in 1943-44. The Airborne School is still located here and we were treated to a tour of the grounds, a chance to watch the graduates make their final jumps for graduation, and lunch in the mess hall, which was excellent by the way. (Steve even had a lobster tail.)
It took a little finagling to actually get to Georgia and Alabama with Hurricane Michael showing up when it did. Many of us had to rearrange our travel in order to skirt around the hurricane or try to get ahead of it. One family drove right through it. As Michelle Dillard said, "You can''t keep a GOYA bird down!". Yes, our fathers did instill a bit of toughness into our spirits.
So far, the highlight of the weekend was gathering at the drop zone field and watching paratroopers make one of their five mandatory jumps for graduation. They dropped from the plane at about 1200 feet with chutes immediately opening in front of a brilliant, blue sky. The plane made three passes and dropped about thirty paratroopers with each pass. The parachutes floated down so peacefully, they reminded me of dandelion seeds drifting on a breeze. My romantic vision was dispelled by someone reminding us that each parachute basically held a well trained killing machine. Well... yes. By the way, I definitely saw at least one female in there and I was impressed.


After jumping, the soldiers are required to run back to the gathering spot. At one point, I glimpsed a soldier running with his head down and it reminded me exactly of my dad. He had a habit of jogging from point A to point B. For example, he would run to the mailbox or run up the road when he'd catch a ride home from work. Sometimes I run to my mailbox or out to the compost pile in memory of my dad. I think it was one of his small ways of staying fit. 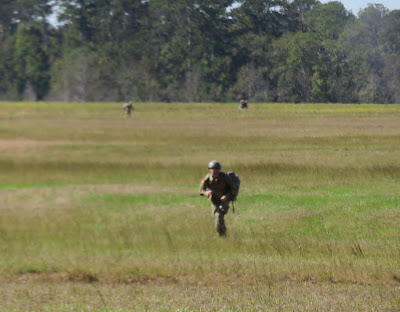 I shared with another GOYA's daughter about how emotionally draining it is to explore this past. We find all of this history packed away and we're amazed at what we see and find. It's exciting but, at the same time our hearts are heavy with ache and awe. We share tears and most often we hear one another say, "I didn't know. I had no idea" For me, it's impossible to effectively live in the present while exploring this past. I'm too closely connected to it and I can get so deeply in thought about it that I'm not able to dabble in some research and then fifteen minutes later, surface and go grocery shopping and smile at people. I've learned that I have to prepare my heart and mind for when I open that box because it's going to hurt and I will be distracted from the present. I guess my goal is to one day be able to examine all these bits and pieces without it hurting so much. I'm beginning to understand better why my dad didn't talk about it. I think there never was a day when he could speak that portion of his history without it hurting simply too much.
For those who wish to know more about the 551 PIB, a new website is under construction and I'll share that when it's up and running. Memberships will be available at varying levels along with a newsletter and various items for purchase. A new printing of, "The Left Corner of My Heart" by Dan Morgan is also available and folks will no longer have to hunt down a copy on ebay for $600! I also highly recommend Gergory Orfalea's book, "Messengers of the Lost Battalion".
We are dedicated and honored to keep these brave soldiers' memories alive after history almost erased their battalion from the records. They were a battalion of elite trained soldiers who some called misfits and whom no one thought would ever succeed a mission. They in fact succeeded in every way, sacrificing their lives to the end. 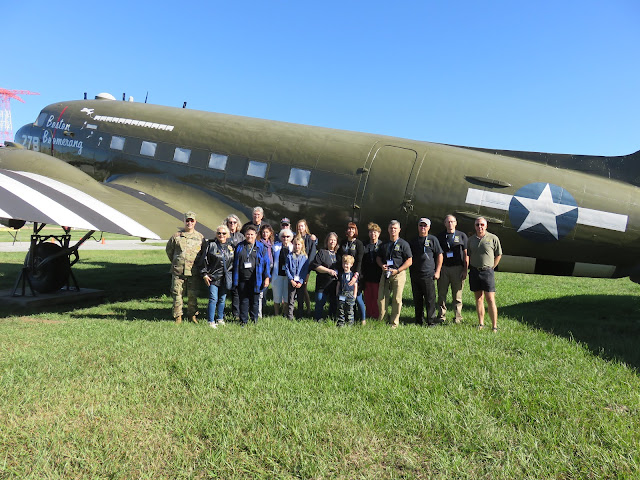