It was such glorious weather again today! After I got home from work, I ate a quick lunch, changed into work clothes and went outside to clean up the garden. I collected the last bowlful of cherry tomatoes, then began pulling up the dead vines and doing a general cleaning up. I towed the lawn cart behind the mower up the hill to the gully behind the tree with the fort and swing. This is where we dump our yard waste and it composts down nicely. The big tree's leaves had fallen, but the branches provided a little shade so I sat there for a while, taking a break and enjoying the view. None of the neighbors were around this afternoon and the whole area was very quiet. It was just me and the breeze and a couple of crows off in the distance.
Before long, I heard the sound of a small engine plane approaching from the northeast. I spotted it in the sky and noticed it was a biplane. It's not often we see these and I eagerly watched it approach. For some reason I expected to see an old looking plane. It was actually painted a bright shiny blue and yellow and it looked right smart in its shininess. On the underside it was marked, "Army" with a star on the under wing. It was very pretty and it was flying fairly low. As it passed overhead and went behind the tree line, it made a gentle turn to head back the way from which it came, over the vineyard. I stood up and walked out into the open to watch it depart. maybe the pilot saw me because he turned and came back around. What a treat! I was happy to watch this pretty plane circle around again. When he left for the second time, I gave him a big wave. Surprisingly, he turned and came around a third time and tipped his wings at me. Then climbed vertically for a few seconds before dipping back down right over our house. I was thrilled at this little show, yet perplexed at this exchange between total strangers. I felt solitary, standing in the open on the hill with no one to share this experience with, not even a phone with which to capture an image. It was a completely random occurrence but my mind was filled with its own interpretations of the exchange.
My father came immediately to mind when I saw the Army insignia on the plane. I have been debating with myself between keeping my father's army memories alive with requests for information and forms to complete on his behalf vs. letting it all be buried and put to final rest and closing that chapter of our lives. Just this morning, I was filling out another form and struggling with myself on this topic. Emotions of grief are still fresh even after all these years and each time I revisit my parents' past, it's like reopening a wound. I want to honor my father but it comes at an emotional expense. It's difficult to keep the past alive and still live in the present and future. So, when this plane came from the northeast, the direction of my parents' home, and performed for me with "Army" written on the underside, I took it as a sign for something. Who knows what. I'm sure I'm being overly emotional about it, so I'll let the topic rest and it will sort itself out. I'll never forget that pretty plane, though. Whoever the pilot was, "Thank you!" 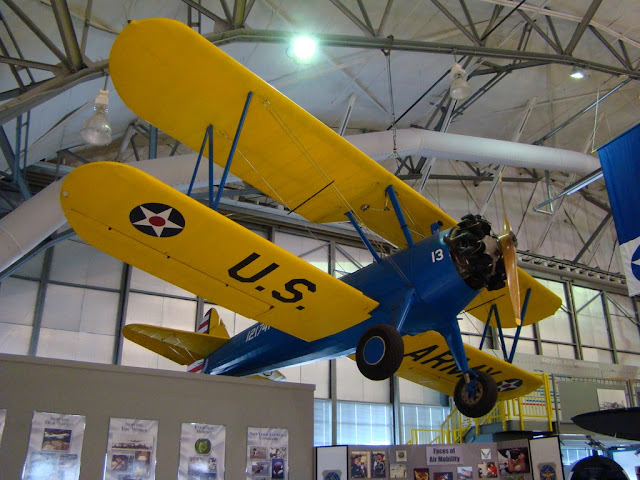