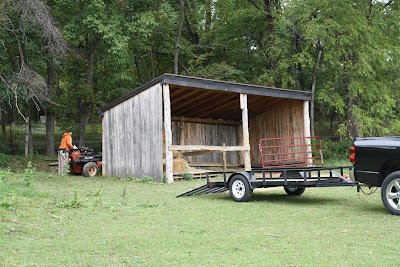 Audrey is winterizing the hay shed by adding a gutter and trench for the water to run off. She also installed a gate on the left in place of the wood rail. Behind the shed is an old graveyard covered in periwinkle. 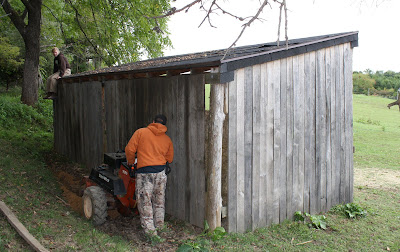 She was the manager today. 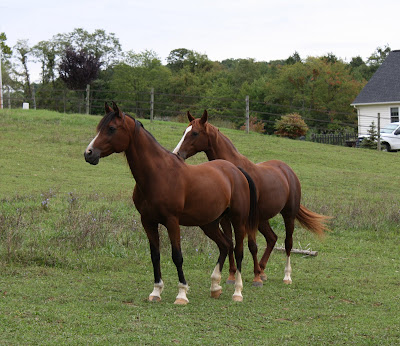 Vander Bandy and Vandella were on high alert, watching every move. They would stand as still as statues, then break out into a gallop around the field only to screech to a stop and stand watch again. 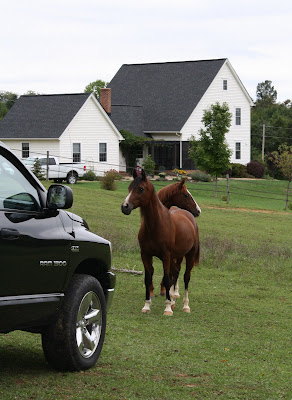 ...and then they discovered the trucks. 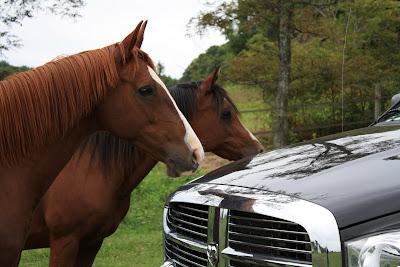 They wouldn't leave them alone. 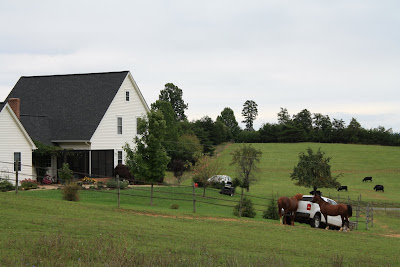 There was nothing in the back of the truck, they were just super curious. Then they started nibbling on the truck, so I had to move it.
Posted by Leonora