The Clouds Are Lifting, Cooler Air and Brighter Days Ahead!

It's hard to believe school has been back in session since August ninth, which means I've been back at work! The first few days were a little hectic, but I've gotten back into the groove of getting up and out of the house early. The new kindergarten students are the most entertaining. The children wear expressions of joy, wonderment, and anticipation on their faces. They really are the cutest things. Some will come into the office literally dancing while others are more fearful and they would clearly rather be back at home with mother. Given another few weeks, even these shy and fearful children will be much more confident and at ease. I see it every year and the transformation is remarkable. The personalities of the older children are widely varied and I never know what to expect when they come into the office. Usually they are on an errand for their teacher, or they are signing in or out of school, or they have come to see the principal. Some students are much chattier than others, but all are equally as precious and I try to make them smile and send them back on their way to class feeling positive.
The summer heat and humidity have been relentless for the last two months. Everything in the garden has gone to weed or seed because I can't bear to work out in that climate with all the gnats. The forecast promises a change next week with lower humidity. I hope it's true because I have a lot of tidying up to do in the garden. I'm just going to pull up all the rotted vegetable plants and be done with it for this year. The only thing thriving are the zinnias and I am tempted to plant all the beds in flowers next year.
I gave a face lift I gave to our bathroom vanity and mirrors using chalk paint. We also put down new linoleum and I changed the cabinet knobs. It is a totally refreshed bathroom done on a budget. We explored new vanity and counter top options, but I could not get excited about spending thousands of dollars on such items when the ones we had were perfectly good. They were just a little worn. (I also have a strong dislike for spending money on appliances and cars. They are all necessary items, but no fun at all to me.) So, we used what we already had and gave it a facelift. We like the distressed style for this particular use it, but those who do not like a distressed look may not be fond of it. I used Annie Sloan's Chalk Paint in French Linen as a base. The, I dry brushed the entire piece with Pure White mixed with a little bit of the French Linen. I added new knobs to give it the right finishing touch. I  bought the knobs from Pottery Barn. They are so pretty that I feel happy every time I see them. It's the little things... We also decided we wanted to raise the height of the vanity by two inches. Steve used some scrap lumber he had in the basement and put it under the vanity to secure its new height. We then trimmed the entire base with baseboard molding to hide the new scrap lumber base and painted it to match. 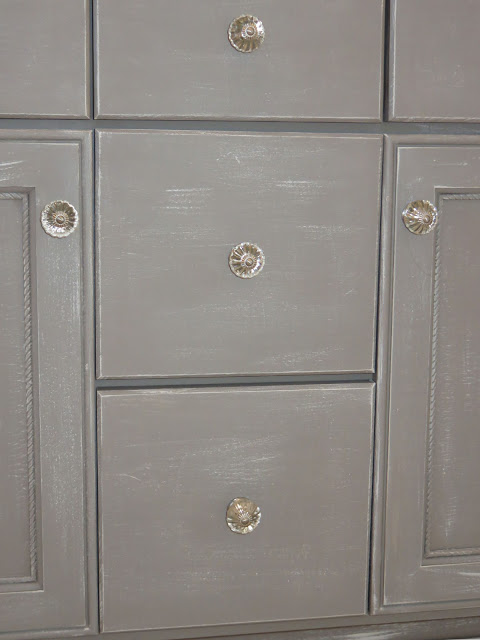 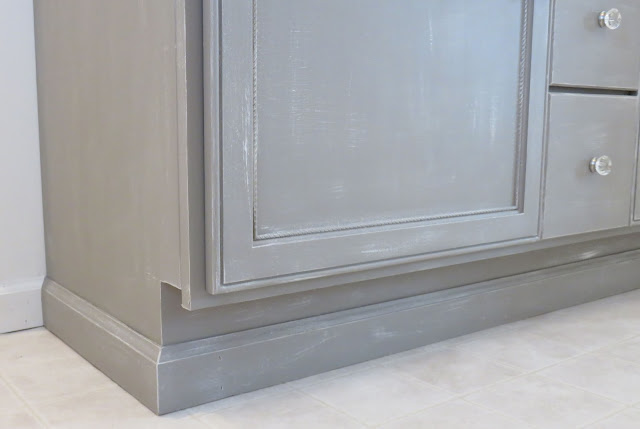 Lastly, I hooked a little pillow while I was waiting for some wool yarn I needed to arrive in the mail. I needed the yarn is to finish the edge of the rug I made for the bedroom. The pillow was pretty quick to work up and I enjoyed hooking curvy lines after all the straight lines I did on the bedroom rug. The backing on the pillow is the same wool I used in strips to hook the background color. I'll show the bedroom rug when it is completely finished. Soon! 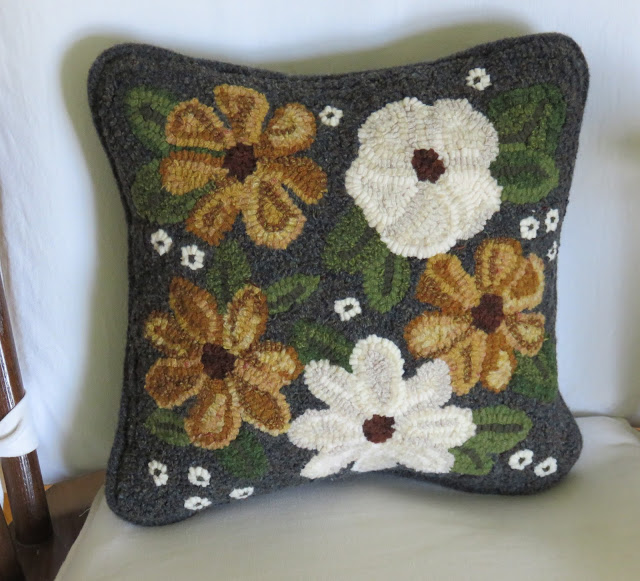 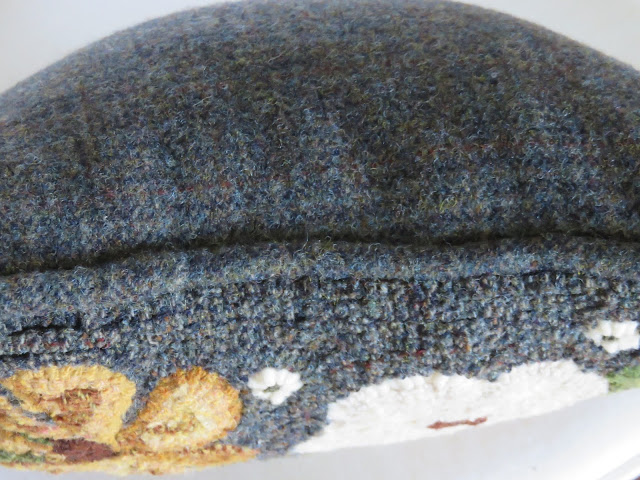